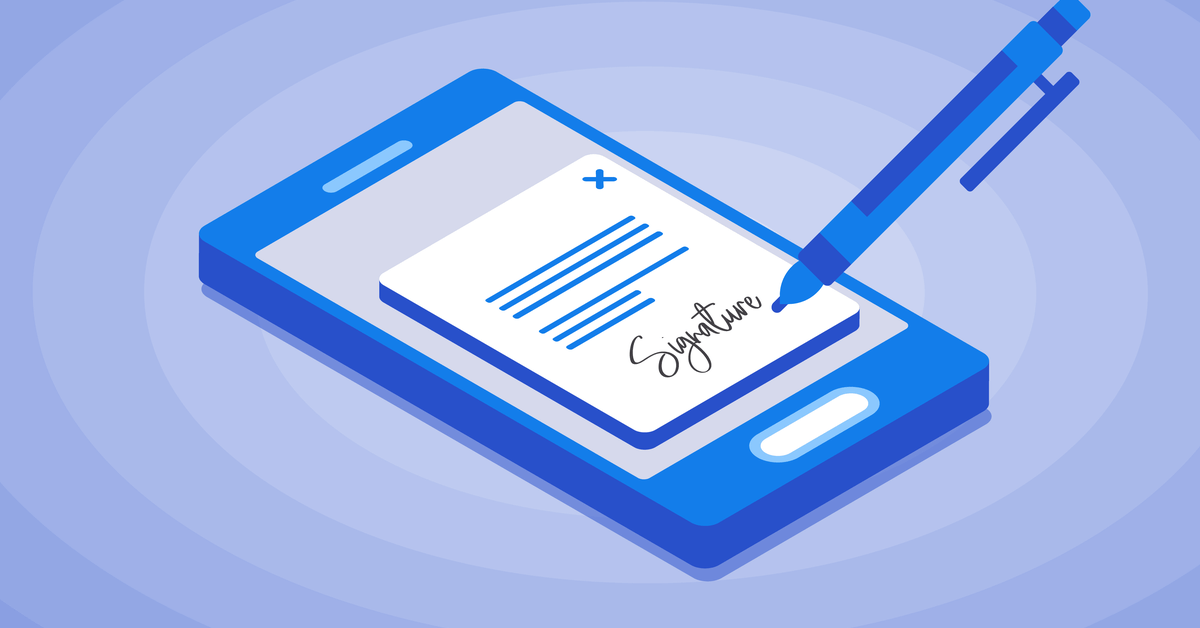 The process of signing off on a document has progressed leaps and bounds in the past century. With the rise of the internet and telecommuting, the need to obtain approval has both sped up and improved in terms of security. In this piece, we’ll look at how this has evolved and what it means for conducting business or legal proceedings today.

Obtaining binding signatures was once quite the ordeal. If the party was not present, you would be at the mercy of the postage service to deliver the document you wanted to be signed — if the document made the trip at all. Even within cities, entire messenger services were developed and hired to run sensitive documents all over a town via car, bicycle, or even horse. Later, fax machine technology made it possible to send documents to be signed over vast distances in relatively little time. While most faxed signatures will hold up in court, some governmental filings may require an original signature.

A digital signature is a signature captured by hand on an electronic device such as a stylus on a sensitive screen, one’s finger, or sometimes even with a computer mouse. These electronic signatures are considered legally binding according to the Uniform Electronics Act (UETA).

How Are Digital Signatures Not Just Scribblings?

Digital signatures are still considered legally valid in most instances because of the built-in cryptography. Signatures are encrypted during submission so they cannot be intercepted maliciously and used fraudulently.

As more organizations are attempting to reduce the amount of paper they use, digital documents and signatures are welcome advances. Digital documents are easily searchable by their content within a database. The encrypted signature files are easier to obtain, send, and maintain as they are not sensitive to aging or the elements.

While we're very happy to not be required to keep paper documents anymore, it's still important to be UETA compliant. What does that mean? Let's learn!

Obtaining and storing unnecessary personal data from your customers is electing to play a pointless game of hot potato.