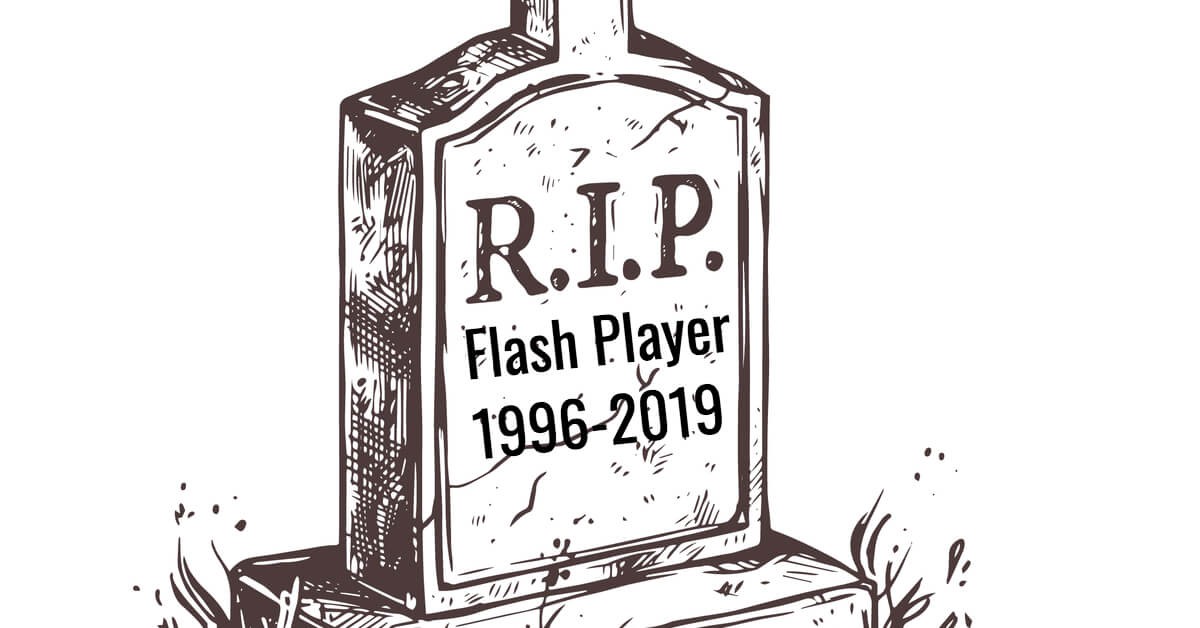 If you were an internet user in the days of dial-up, there's a good chance you're relatively familiar with the key to interactive web surfing and browser-based games in those days — Flash. Though now thrown into the fire of obsolete technology along with the floppy drive and even CD-ROM, it took until October 28, 2019 for Google to officially say, "Goodbye, Flash" as it announced that it would stop supporting Flash content.

In this piece, we're going to take a quick look back at what Flash is, why it was created, and what ultimately killed it.

What is now officially Abode Flash may be more familiar by its pre-2005 acquisition name — Macromedia Flash. Hitting computers in 1996, Flash was the universal key to online media that the low-bandwidth dial-up age needed. Many recall how the player allowed you to play interactive games directly from a slow-loading, dial-up-powered web browser — a feat thought to be impossible or at the very least, very annoying. Before this time, such media had to be downloaded entirely or installed using an external floppy or CD-ROM disk. Flash made it possible to play games, videos, music, and animations wherever it was installed — whether that be on Mac, PC, or Linux computers. The player either came standard or could easily be downloaded for free on web browsers such as Internet Explorer, Netscape Navigator, or AOL.

Though taken for granted by the majority of users as a media player or program that made certain websites more captivating (the Dancing Baby would have never existed without it), Flash was about to move into new prominence as the supporting technology behind 2005's launch of YouTube. The once small-potatoes video streaming website began to grow, and with it, Flash's reemergent relevancy. That same year, Abode was convinced enough of Flash's value and purchased Flash's supporting company, Macromedia. The excitement over this new acquisition was to be somewhat shortlived with the arrival of a new technology that would forever change how we interact with technology — the iPhone.

When the Apple iPhone launched in 2007, it brought along with it a whole range of connective possibilities. Among its many features, one that Apple fans heralded immensely was the iPhone's unique ability to browse full-sized websites. Up until this point, most internet-connected mobile devices could mostly only view abbreviated, mobile versions of websites. The iPhone allowed users to view entire websites just how they are displayed on a stand-alone computer, but with one caveat — iPhones didn't support Adobe Flash Player.

After a bit of backlash from Apple fans wondering why the iPhone didn't support Flash, then-Apple CEO Steve Jobs published an open letter explaining his rationale. In the letter, he expressed concerns both about Flash's products being "100% proprietary" and "a closed system" that limited its capabilities. Other reasons ranged from Flash not working correctly with touch-screen input, that it required too much battery life to power, to the program having "one of the worst security records."

As Apple's iPad tablet line was released, they too lacked Flash compatibility. It wasn't long after software and web developers began configuring their designs to work with iPhones and iPads that the prevalence of Flash started to wane. To keep up with the demands of their Apple-using audiences, in 2010, YouTube opted to use the superior HTML5 software to power their video player. These changes started to spell the ultimate end for Abode Flash.

If you're still sold on Flash, that's your prerogative — but know that almost no one else is. Just like Apple and YouTube abandoned the media player software, so too is Google in general. Don't get us wrong — there's no denying that Flash had an immensely important role in the evolution of user experience on the web, in gaming, and beyond. Still, just like the floppy drive, the pager, and the cathode ray tube television, it's safe to consider Flash officially dead.

Many IT headaches can be avoided by outsourcing your IT management needs. It's not for everyone, however. Learn if its right for you.