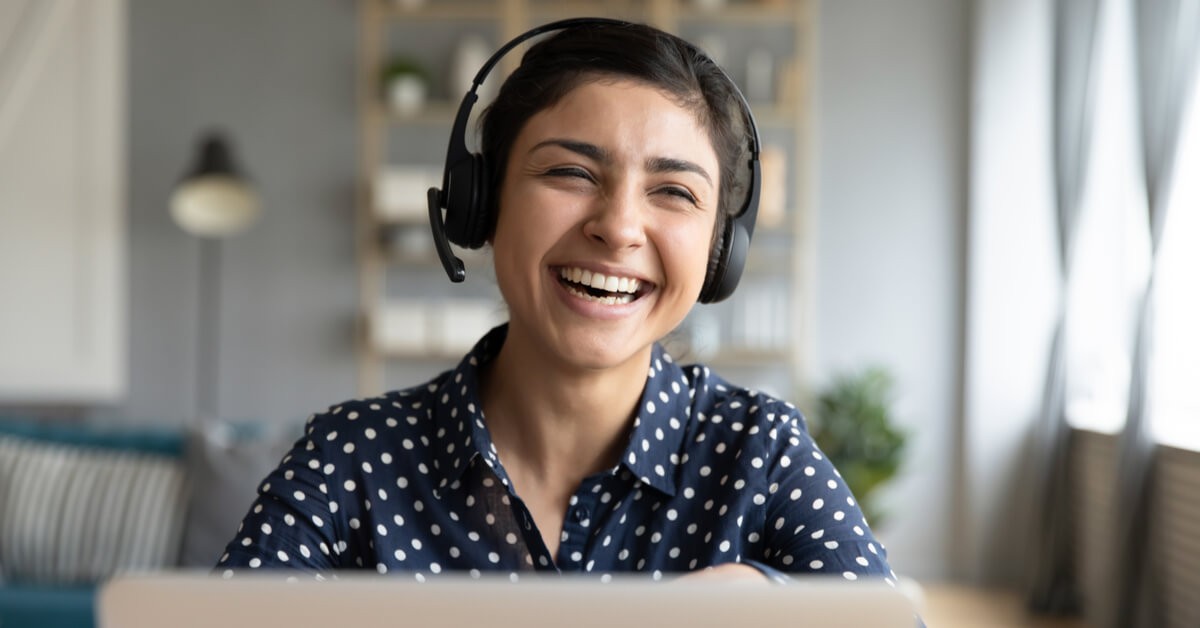 Remote working is almost more of the norm than the alternative these days.

More than ever, organizations of all sizes and every conceivable industry find themselves grappling with mobilizing their workforces. In this piece, we're going to outline the preferred tools, equipment, and practices necessary to manage the technology needs of a newly remote workforce.

In March of 2020, many workers' home internet connection became their lifeline to the office practically overnight. Despite this, most necessary office duties can be performed on a relatively mediocre-speed internet connection. For answering emails and running most online task-management programs, 50mbps down and 5mbps up speeds will more than adequate. While video quality at this rate for conference calls may be less than crystal clear, even lower-speed connections may be sufficient. To optimize bandwidth when it is needed, workers are encouraged to schedule data usage among other household connection users.

If one is experiencing considerable lag in their internet signal, especially during video conference calls, they're encouraged to notify their internet service provider. In some instances, technical problems may be the cause of slower internet speeds. In other scenarios, upgrades may need to be requested. If possible, fiber internet services are preferred. For those relying on sub-DSL speeds via satellite internet or other similarly slow connections, it's never been a better time to reassess service options. Perhaps a faster option has become available in one's area. If not, such individuals will have to make due—possibly forgoing video and other bandwidth-demanding options.

The next most important piece of equipment for remote work is a worker's computer and operating system. Though Macs are incredibly prevalent for personal use, if a company or individual is needing to purchase a computer that is best suited for business-related tasks, PCs will typically be the preferred model. Despite personal preferences, PCs will likely be more affordable as well as more appropriate for business needs than Macs. This is not to say that Macs are not recommended—simply that when faced with the choice, it will likely make more economic and technical sense for a remote worker or their company to prefer PCs with a Windows operating system.

To keep data safe and keep computers running smoothly, all employee-used computers should be using some form of antivirus software—yes, including Macs. Though Macs are not as susceptible to viruses, they and their PC counterparts should be outfitted with adequate protections. That being said, most malware systems are designed with PCs in mind because of the sheer volume computers running Windows versus macOS (88.29% vs. 9.33%).

Though many are out of the job during these trying times, cybersecurity threats are only increasing their efforts. A preferred method of infiltrating company databases or obtaining personal data from remote employee systems is a technique known as "phishing."  Phishing is a form of cyberattack in which a threat disguises itself as a trustworthy source to get an unsuspecting victim to take necessary action. This action may be divulging private credentials, inadvertently downloading a malicious file, or granting data access to a cyber threat via trickery. Though most employees know not to open emails or click links from unknown sources, cyber threats may use personal details to trick users into performing necessary actions using a technique called spear phishing. It has never been more critical for companies and their employees to remain attentive to possible phishing or spear-phishing attacks.

More than ever, data is the lifeblood of many companies. When workers are concentrated in one office building, managing and backing up data is relatively straightforward—using backup appliances in the form of on-site servers and the like. Most backup appliances will automatically back up encrypted company data to a data center daily, if not hourly. These backups ensure that any company data is safe from damage to the physical building or malicious cyber attack. With the scattering of workers all over a city, state, or even the world, the next best scenario is a file-and-folder backup solution. These are commercial-grade virtual backup systems installed on workers' remote computers that automatically backup the worker's data to an offsite data center. These file-and-folder systems involve something called versioning—a process that creates a unique version of the data that protects it from cyber threats, such as ransomware and other malware programs.

The surge in remote work has moved all meetings from the conference room to each worker's home office. The ability to adequately communicate makes having the proper audio and visual tools for one's home computer a must. Still, there's more to these pieces of hardware than merely going with the stock features on any laptop.

While the stock webcam in most laptops will suffice for the occasional video chat from a home office, presentations given from home will need a considerable quality boost. Unfortunately, as of the posting of this article, most reasonable external webcam options are mostly unavailable or have had their prices inflated in response to increased demand. Fortunately, most already have a very high-quality webcam in their pocket. That's right—the average smartphone is likely outfitted with a video camera head-and-shoulders above most laptops' built-in webcams. Most video conferencing services have mobile applications that allow users to utilize mobile devices for video conferencing. Those who elect to use their smartphones as webcams may best benefit from a small tripod that can accommodate shooting video in a horizontal landscape mode.

Most laptop computers have built-in microphones. While this is the case, using these should be avoided for the sake of everyone else's eardrums. The issue is that laptop microphones are largely omnidirectional, meaning they're not focused on what sound they collect. The result of using this microphone is irritating ambient room noise for everyone else attending the call. Stand-alone microphones or ones built into headsets should always be employed when possible for the sake of audio quality.

The use of speakers during video calls should always be frowned upon. The issue with speakers and built-in microphones is that relying on a computer or smartphone's system to cancel-out speaker sounds is still currently a losing battle. The result is abundant noise and feedback that is only exacerbated by multiple attendees making the same mistake. Instead, headsets or headphones in combination with dedicated microphones should always be encouraged for optimal call quality. While workers who spend a lot of time in video meetings may consider purchasing substantial on-ear or over-ear style headsets, a good number of standard headphones purchased for recreational use come with built-in microphones that perform a more than adequate job. Whenever audio is contained in headphones, the meeting experience will be dramatically better for everyone.

With video conferencing comes a need for a system that is intuitive, reliable, and secure. Some examples of video conferencing services include (but are not limited to) Microsoft Teams, Zoom, Google Hangouts, Apple's FaceTime, Cisco's WebEx, GoToMeeting, and even Facebook Messenger (though it's a little less professional). Most of these video services will get the job done, but how they work into a company's infrastructure may be of greater concern. The right video conferencing service for your company will depend on price and compatibility, but security is also a growing concern. Leaders in the video conferencing field, such as Zoom, have already seen their fair share of security weaknesses. For this reason, Microsoft Teams is the most apparent security choice. Not only is the service immensely intuitive, but it's already built into the Microsoft infrastructure, which leads us to our next concern.

On the Same Page: Office Software

There have never been more office software options on the market. With that being said, as more staff members work remotely, there is now an increased need for compatibility from worker to worker. To streamline collaborative efforts across hundreds of miles and various home office setups, Microsoft Office 365 is any team's best friend. It's not an immensely expensive program on a subscription model, it's compatible with every computer and smart mobile device, and it allows every team member to communicate as efficiently and securely as is possible. With the integration of Microsoft Teams video, audio, and chat communications, Office 365 practically stands alone in its field.

As many offices were shut down leading up to social distancing policies, a large number of workers were suddenly cut off from their office phone lines. Though many systems allow for the ability to forward calls to a cell phone, the functionality of their typical office line and devices (including calling out from an office line) were suddenly left in an office that is probably gathering dust. A recommended means of granting usability of the office phone system from anywhere is via a Voice Over IP (VoIP) system. Unlike many phone systems that even enable call-forwarding, VoIP phone systems allow users to make and receive calls with their official business phone numbers from a variety of devices using a "ring anywhere" functionality. Many VoIP service offerings also include the ability for seamless video conferencing at no additional cost. VoIP phone systems altogether remove location-based or device-based issues from business telecommunications.

The Remote Strain on Existing IT Departments

For most company IT departments, the only thing more challenging than managing the day-to-day technology needs of the company is doing so when almost everyone is working from remote locations. Handling the various internet connections and speeds, devices, and systems for remote workers is an uphill battle that puts undue strain on a company's IT department. A highly recommended alternative to this strategy is with Remote Monitoring & Management (RMM).

To combat the logistical and exhaustive strain placed on any organization or IT department faced with a now-expansive remote workforce, JD Young Technologies recommends Remote Monitoring & Management (RMM). Once opting for RMM services, a specialized RMM agent is installed across every computer and server. This agent grants management access to RMM specialists to perform needed fixes, upgrades, patches, as well as antivirus and anti-malware protection services. Essentially, the RMM agent goes where an organization's IT department struggles to go to ensure a quality user experience for all remote team members.

For all of the pros of hiring remote workers, there are a few cons. In this piece, we try to remedy some remote worker issues with technology.

Learn how to protect yourself from one of the most dangerous cyber threats to date — phishing.

What is ransomware? How could have the City of Tulsa been hit with a ransomware attack? Let's dive in!