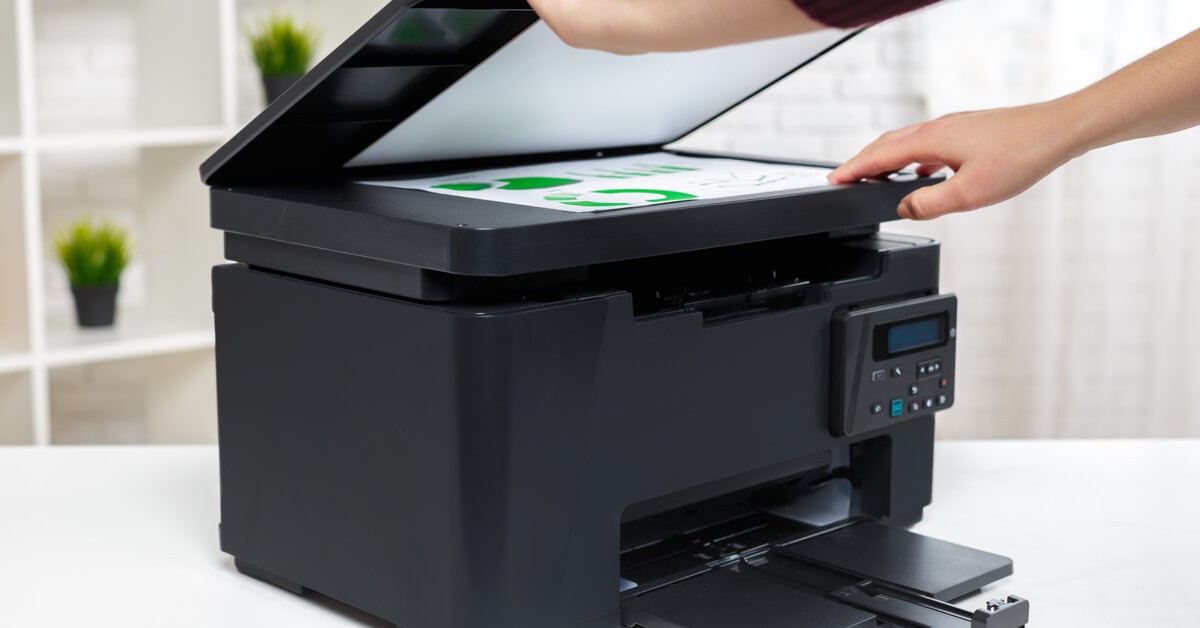 "Why is the price of printers so different?"

While shopping for new printers, copiers, or multifunction devices (MFDs), you may be shocked by the stark price difference between retail consumer devices and commercial-grade devices. The prices for consumer-grade equipment may look pretty attractive while commercial-grade devices seem exponentially more expensive. What gives?! They're both essentially doing the same job, right?  Well, yeah...kind of. There's a very explainable reason for this seemingly stark price difference—part of which boils down to your method of calculating the actual cost of owning either style device over its lifespan.

Upon shopping for copiers and printers, desktop-model consumer-grade multifunction devices seem like a hard deal to beat. They're compact, loaded with features, and cheap to purchase. There is one little detail we didn't mention—their cost of ownership can actually be higher than commercial counterparts.  Here are a few reasons why:

For many desktop-style consumer MFDs, if their true cost of manufacturing and markup were contained in their price, it would be dramatically higher. What you're actually purchasing is not a device, but rather your involvement in a particular manufacturer's ecosystem. The price of the entry (the device itself) is relatively low. The actual cost of the device is usually sunk into the ongoing cost of toner or ink cartridge replacements over months or years of use. These replacements can be incredibly expensive—at times, even on par with the retail price of the device itself. If you have high print volumes, these prices can quickly become excessive.

Most consumer electronics are not designed to be repaired. Desktop-model MFDs are no exception. All copier and printer devices, both commercial and consumer-grade, have a high number of moving parts— most of which will eventually wear out. Because they are designed for lower print volumes than their commercial counterparts, most consumer models won't fair as well under high volume conditions or have near the longevity. However, due to the cost of repairs likely equating or even exceeding the price of the device itself, many owners opt to simply replace the equipment—making consumer-style MFDs, in most instances, disposable. I mean, are you really going to pay $150 to fix a machine you bought for $200? Not likely.

Why Commercial MFDs Appear to Be More Expensive

When faced with the option to buy an affordable consumer device that you can keep within arm's reach versus a commercial machine from a local office technology company, the choice seems clear. Surprisingly enough, for many companies, the cost of ownership for the latter option may be much more attractive for several reasons.

It's absolutely true that a commercial-grade copier, printer, or MFD will likely be a more expensive upfront cost compared to the consumer-style counterpart, however, the low cost of the latter device uses higher priced ink and toner cartridge replacements. Toner cartridges for commercial models cost less and yield much higher images per cartridge—what some call a "pay me now or pay me later" cost structure. Be that as it may, when accounting for the cost of ownership over the lifespan of the device, commercial devices typically come out as the more affordable option.

As mentioned before, all devices with moving parts will eventually require maintenance and replacement parts. The manufacturers of commercial-grade copiers, printers, and MFDs specializing in high-volume output take this into account when designing and manufacturing their models. When properly maintained and serviced regularly, the lifespan of these models is typically as long as replacement parts remain available, or until the machine's features are rendered obsolete by customer needs. The cost to repair a commercial device is covered under the cost of the service contract, which will likely pale in comparison to the cost of replacing the entire machine.

When Consumer Models Are Preferred

By now, it may seem that commercial printers are always the more affordable option for fulfilling your needs. While a majority of organizations with higher-volume demands prefer commercial-grade MFDs, there are instances when the cost of ownership may actually be lower by opting for consumer-grade machines. The primary factor you should consider when calculating the cost of ownership is your print volume. Smaller businesses that only need to produce a maximum of 50-100 images a month may find that consumer MFDs make the most economic sense. A lower imaging volume means less ink or toner usage, as well as less wear on the device itself—thus not justifying the need for commercial-grade equipment.

In the market for a new copier? Far beyond the upfront price, there is much more to consider before signing on the dotted line.