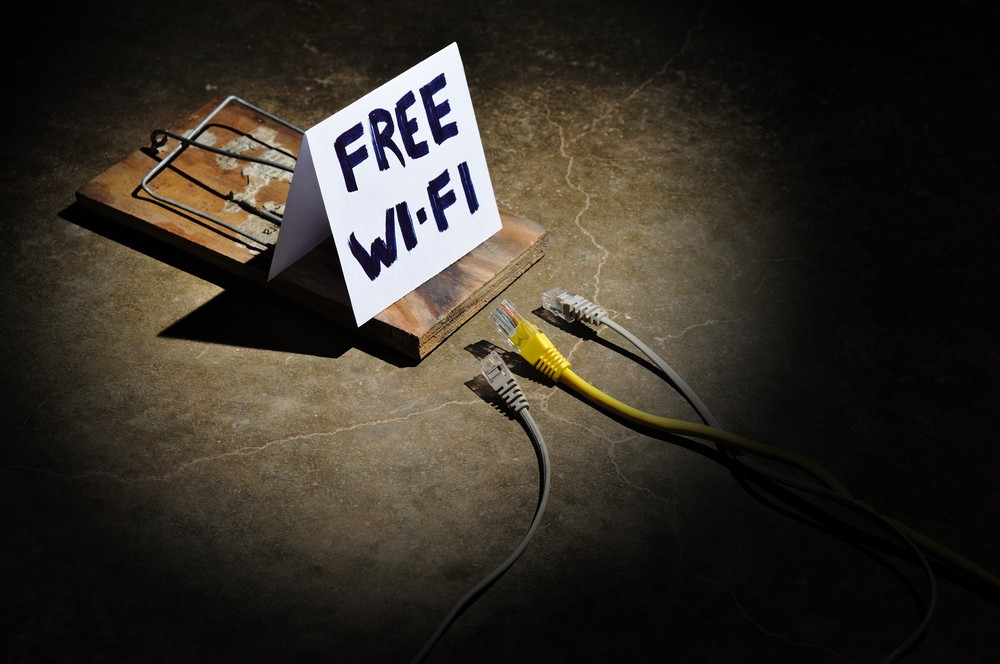 "Free" Can Be Quite Costly

People are working on the go more and more these days, and they’re using public WiFi networks at coffee shops and airports to get the job done. Using the "free WiFi" at a public location may also be seen as a handy way to keep from using as much data on a mobile device. While this is convenient, using public networks opens your devices up to considerable vulnerabilities. Make sure to follow these six rules when using public Wi-Fi.

1. Use a VPN (Virtual Private Network)

If you must use a public wireless internet connection, it's in your best interest to utilize a VPN—a virtual private network. VPNs are third-party services that allow you to route your own connection through the internet through a private server—a form of a filtering intermediary between your device and the wireless connection. Due to competition in the VPN market, subscription rates for these services have become immensely affordable.

Avoid accessing sensitive data when you’re using public Wi-Fi. Reviewing a few reports or browsing the web will be fine, but checking your bank accounts or opening private client information can end badly.

Just because the WiFi is named “Official Airport Network” doesn’t mean it was actually set up by the airport. Creating a bogus network and giving it an official-sounding name isn’t difficult for malicious actors. Check for signage that indicates the name of the real network before you connect. When in doubt, ask a trusted authority in the vicinity of their official WiFi connection's name.

Most modern computers come equipped with file-sharing software that is typically turned on by default. Make sure to turn this function off before using any public WiFi networks. It pays to check your own devices right now to see what file sharing channels you may have running currently.

Keeping your software up to date is a best practice for multiple reasons, but especially for using public WiFi. Keeping your OS, antivirus, and anti-malware software up to date will limit the number of ways hackers can access your data. New patches are installed all the time that help to protect your devices and data from the latest malware threats.

If all else fails, the safest option is to bring your own WiFi with you by using a hotspot device or tethering to your smartphone. While this may mean that you pay a few extra dollars in data for the convenience of a secure connection, this is a small price to pay for potentially granting malicious threats access to your device systems. This is a surefire way to protect yourself while working on the go.