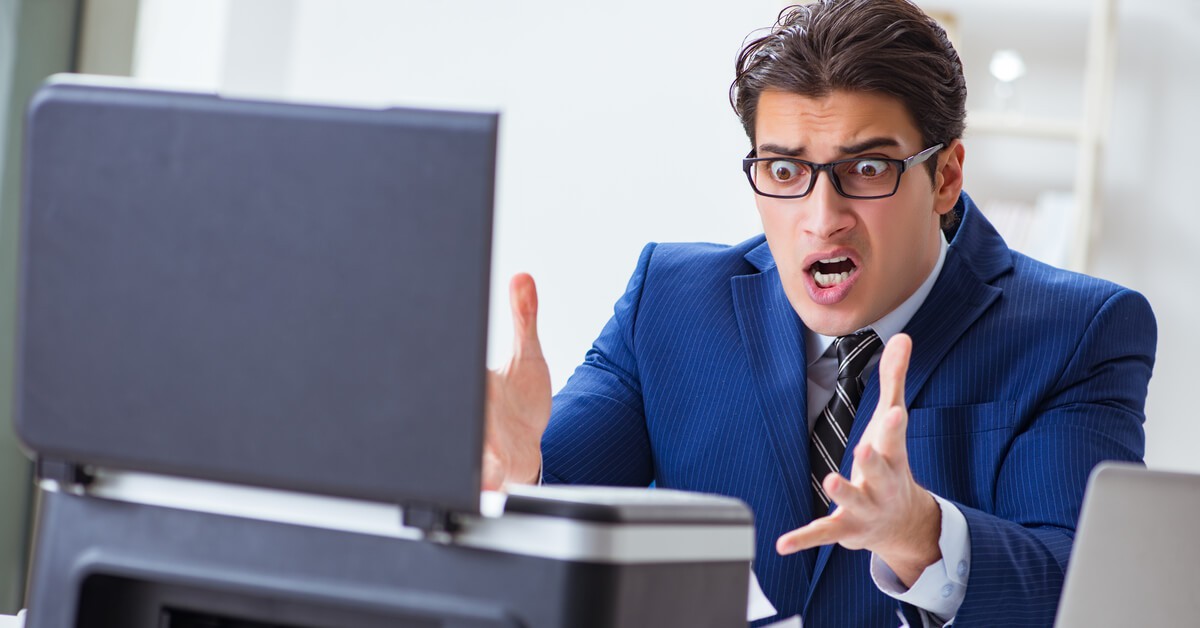 If you have a smartphone in your pocket, you possess a marvel of technological engineering that rivals NASA’s command center that placed a man on the moon. In fact, just the clock function on an iPhone 6 is 32,600 times faster than an Apollo-era NASA computer. Despite the fact that modern technology has come so far, why are paper jams in printers are still an issue?

Even in the highest quality printers on planet earth, a paper jam is still a possibility. There was even at one time that paper jams impacted the criminal justice system. The lawyers had a narrow window of time in which to deliver certain pressing documents to the courts or defendants could go free. Paper jams delayed this process so much that two-out-three defendants walked out of custody due to paper jams occurring within this window. Are the engineers employed by printer companies hellbent on driving us all insane?

What’s the cause of paper jams? If you’re ready to “Office Space” an office printer in a field with a baseball bat, your fury is misplaced. The real culprit? Paper.

So, what was the reasoning for 2/3 defendants going free in Chicago for a time? The courthouses were using low-quality paper. Sourced from all over the world, the low-quality paper was also plagued with inconsistent curl, handling, and acted differently in certain climates.

Your average printer has one of the most unique engineering challenges in the world. This challenge asks companies to engineer a mechanical object to work perfectly, down to the microscopic level, with an organic substance—paper. No two pieces of paper are precisely the same. Some are of different types of wood, different processes, and cut in different ways. Even paper from the same processing batch can perform differently based on climate, storage, or handling. For example, there is a reason that your printer is more likely to jam in the winter than in the summer.

The Experts Are On It...Yet, Paper Jams Persist

Due to this complex engineering challenge, printer companies actively recruit the brightest mechanical engineers in the world to combat paper jams. These geniuses of physics and engineering not only study how to make the world’s least-jammable printers, but they also work with paper companies to manufacture the least-jammable paper. Such a relationship between paper manufacturers and print companies is downright symbiotic.

The next time you want to destroy your office printer in frustration, keep in mind that it may be your paper that is truly to blame.

Tired of persistent printer or copier jams? There are several steps you can take to prevent them.

Save time, money, and the environment by using paper the right way.

Does your printer slurp down cartridges a little too quickly? Here are a few possible reasons and fixes to try.